How to Light Up a Flagpole 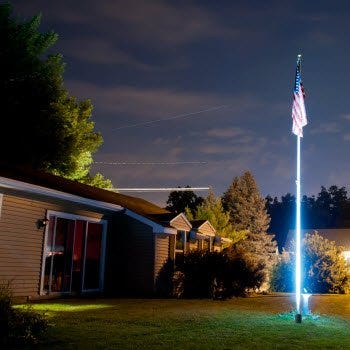 American flags dot residential neighborhoods and commercial corridors across the country, and e-conolight offers a variety of LED floodlights and spotlights to show off Old Glory no matter if it’s day or night.

Lighting the U.S. flag is one of the most common uses for floodlights, but there are guidelines. The U.S. Flag Code outlines, for example, the rules for the Pledge of Allegiance, how to show respect for the flag, and the display and use of the flag by civilians. The code went into effect in 1923, but was amended in 1942 under President Franklin D. Roosevelt to include rules for citizens outside of the military and government.

According to the code, the flag should really only be flown between sunrise and sunset on stationary flagstaffs or poles. If the flag is displayed 24 hours a day, it must be lit at all times no matter the direction of the wind.

There are several important factors that go into lighting a flag, including surrounding ambient light, flagpole height and beam spread.

Just as ambient light is related to light output, there is a similar correlation between flagpole height, beam spread and light output. Check out our basic guidelines below:

How many lumens do I need for a flagpole?

How much light does a flagpole need at night?

What is proper illumination protocol for the US flag?

How do you install a flagpole light?

For the best LED Floodlights & Spotlights to light your flagpole: 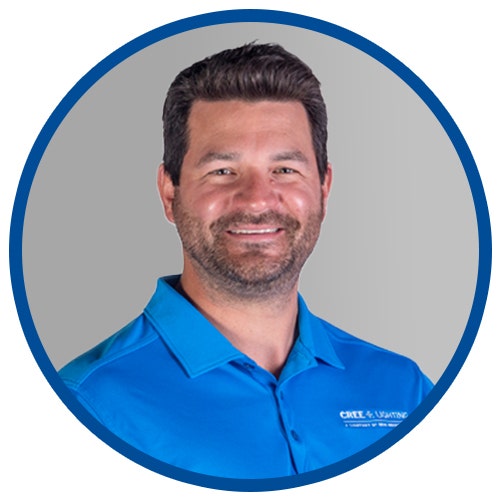 Jason is a Product Marketing Manager at Cree Lighting. His goal is to get reliable and safe products into the hands of customers—all at an affordable price. His client-focused initiatives bring high-quality products to market that exceed consumer expectations while fulfilling the purpose they were designed to achieve.