Is America Afraid of the Dark? 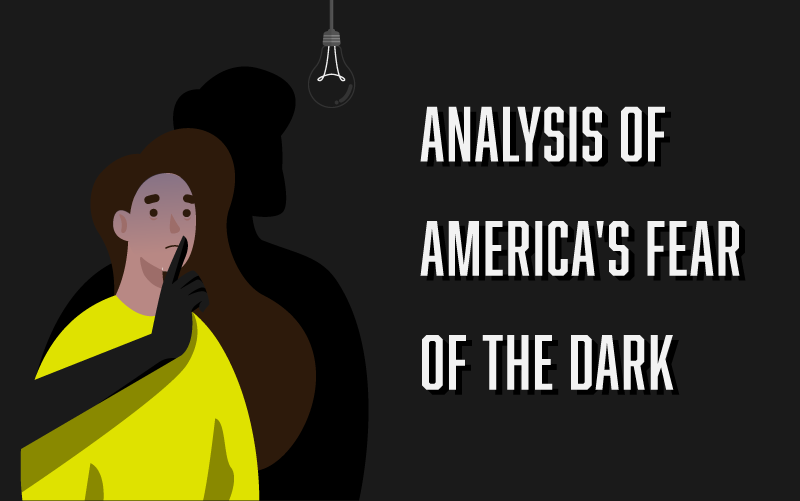 “There’s nothing to be afraid of in the dark” is probably a phrase you heard at some point during your childhood. And for the most part, it’s true! There (probably) wasn’t a creature under the bed or a monster in the closet. But for many of us, the dark still makes us jumpy, and there are definitely habits we change when we’re out and about after dark.

Our team is in the business of lighting up dark corners, and we had to wonder- how afraid are people of the dark? As adults, we’re told to be careful at night, not because of the darkness itself but what can happen when the sun goes down. Or maybe we’ve just listened to too many crime podcasts. In either case, we conducted a survey of over 2000 people from across the country to find out if people are afraid of the dark as adults and what about it makes them so uneasy. You can check out the results of our study below!

We started off with a basic question: Are you afraid of the dark?

Only 16% of people responded that they are not afraid of the dark when given more options to describe their feelings towards the dark. This suggests that the issue isn’t as black and white as being afraid or unafraid. Based on the answer to this question, around 85% of respondents are at least uneasy in the darkness, a whopping 35% higher than those who said yes when asked if they are afraid of the dark in question 1. 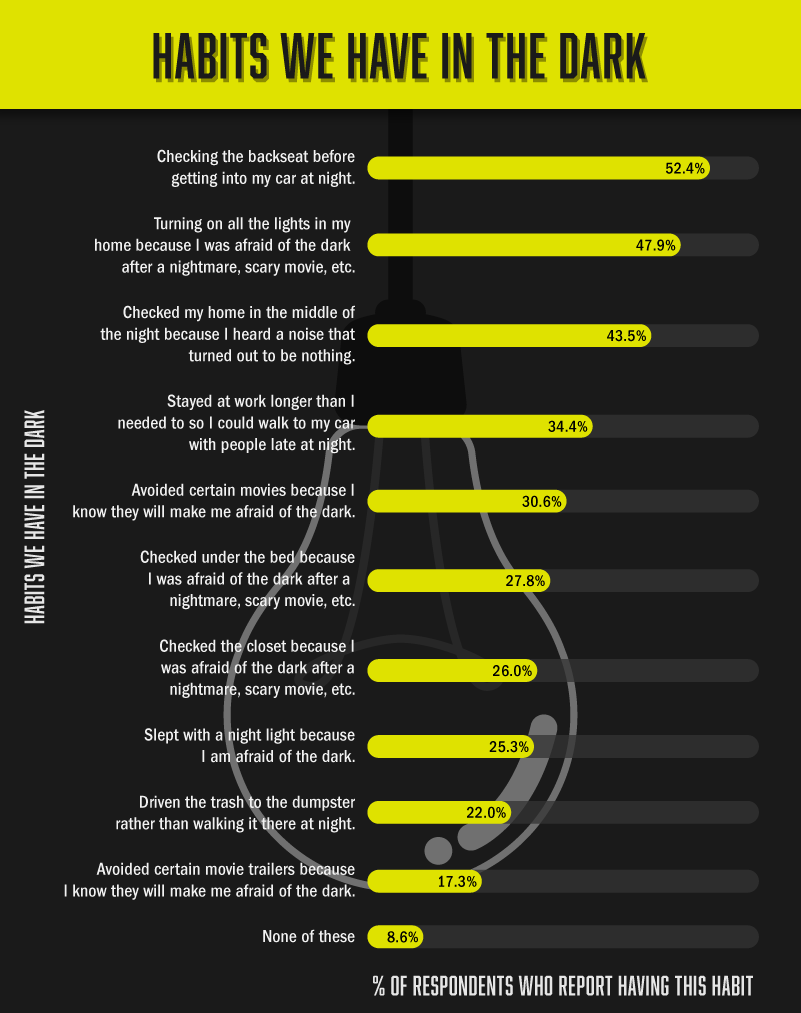 To combat our fear of the dark, we tend to take precautions to ensure our safety. Over 50% of people have reported checking their backseat before getting into their car in the dark. Just under 50% have turned on all the lights in their home after watching a scary movie. Over a third of respondents report having waited to leave until others were there to walk with them. Around 30% of people have avoided movies they think will scare them in the dark, and 17% of people have even avoided movie trailers that they thought would scare them (we’re looking at you, scary clown from It)!

It’s natural for people to change their habits to avoid being stuck out in the dark, but overall, we were surprised at the high percentage of both genders that take steps to avoid or combat the darkness.

Over 60% of both men and women reported both taking a different route home because they were out after dark and avoiding an activity that would take place after dark. However, women were more likely to leave a light on for themselves when they’re going to get home late, and they are also more likely to choose to be up early in the morning rather than out late at night.

Overall, it turns out that being afraid of the dark is much more common than we might have originally thought! Everyone should use street smarts and make safety a priority in the dark, but if you’re looking to banish dark corners from your home, look no further than our indoor lighting products. We’ve got everything you need to keep the darkness at bay and make your home a cozy, welcoming place without a single shadowy corner where monsters can hide.